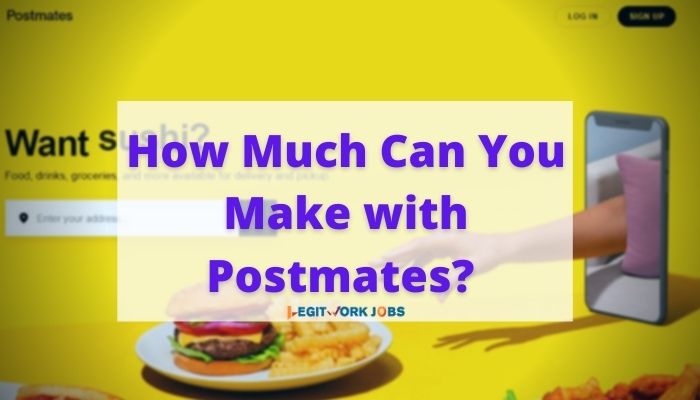 With the ongoing revolution in the digital world, we are swiftly moving towards ease of getting work done from lots of efforts to just on the tip of our fingers. With these changes, there are many job opportunities in delivery space which encompasses the local region for delivery services.

It is fascinating to have things done in your comfort, and the best part is time savings. Many companies are chasing the trend to match the tide, Postmates is one of the delivery apps which hires drivers

Do you want to know more about Postmates?

Postmate facilitates US citizens to get anything delivered to their doorstep from the local stores. The Human courier network empowers people to order anything from anywhere in their city.

Postmates is an on-demand delivery platform that caters to more than 100 metropolitan places in the USA, as of 2019, it covers 2940 cities. Postmate is a goods and food delivery application. It started with $400 million in San Francisco, California in the year 2011. CEO of Bastian Lehmann in association with its Co-founders Sam Street and Sean Plaice. Bastian Lehmann calls this company as anti-Amazon. By the year 2014, Postmate completed its millionth delivery and has over 6000 drivers in its system.

It does the delivery of personal goods like groceries or maybe restaurant meals. Things at Postmate are delivered within an hour. Postmate bridges the gap between active users with their local restaurants and drivers. The ease to order and convenience of choosing from multiple options with just a nominal delivery fee is the USP for this App.

Despite giant contenders like Uber -Eats, DoorDash, and Grubhub, Postmate having huge success and got a major cornerstone of the on-demand delivery economy.

Starting from the working culture to satisfied users Postmate has got an edge over every delivery service they provide. They help you transform the way merchandise food is delivered around the locality. Postmate has partnered with multiple prominent retailers such as Walgreens, Starbucks, and Apple.

Looking for more details about working with Postmates? Few questions can help you decide.

How Much Can You Make with Postmates

Minimum pay per delivery is $4.10 (basic + fee per minute waiting + fee per Mile) Postmate has developed strategies in their delivers to make the payment concept successful. Postmate’s delivery guys commonly known as couriers.

There are some postmates tips that enhance the way to track and motivate the couriers. They are well dressed, and trained to give great customer service and diligently deliver the orders to earn tips.

Postmate advertisements claim to pay couriers up to $25 per hour, however, no data as such to confirm the same. There are peak hours in which you get comparatively better Postmates Pay and earnings can be in the range of $20 or more.

How Do Postmates Get Paid?

Postmates Pay depends upon the city, Evaluated on Pickup, Dropoff, WAiting time, and distance covered, approx $10.62 per hour for driver and $25 per hour for Truck Driver. Approximately $21,910 per year is the average salary range at Postmates.

How Does Postmates Pay You?

Postmates courier is paid on every Monday through direct deposit, funds are expected to be available by Wednesday or Thursday.

How Much Do You Make with Postmates also depends upon your timing; there are promotional hours to earn extra cash. Completing multiple orders during a particular time also known as Surge pricing or Blitz pricing can earn you a handsome amount.

Couriers at Postmates are independent contracts. There are incentives as referral bonus and the couriers are allowed to keep 100% tips. The app calculates Postmate Tips a recommendation of a 20% tip on total Price.

Ans : Postmate is an application compatible with Android or iOS. This application is user-friendly for both users and for the courier. The app gives detailed info of the order in progress in food preparation, location of a courier, and live distance from the current location.

2) What are Requirements to Get a Job at Postmate?

Ans: Couriers need to create an account at Postmate.com. There are terms & conditions while filling the Fleet Agreement. After a background check and updating profile pictures, they can set up wait for prepaid Postmate card.

3) What are the Benefits for Users?

Ans: Postmates is available 24/7, can order anything from local stores.

4) What is not delivered by Postmate?

5) How quick can be a Postmate delivery?

Ans: An estimated time is identified on the basis of distance of your location with the selected restaurant usually, around 30 to 50 minutes.

Well, we have given you many reasons to install this app, we have also given you a wide range of ideas on working at Postmate. It seems like these are enough to understand and take benefit from the available resources, application wherein the convenience of placing an order is done in just a few taps.