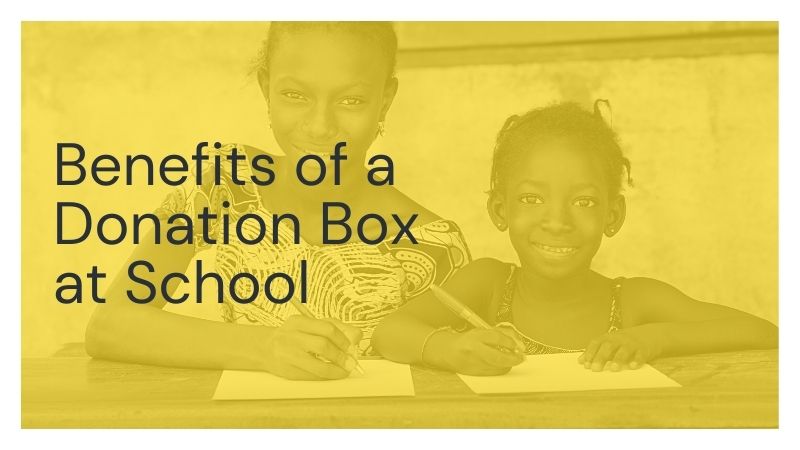 Donating is a real deal for all people who want to teach their best practices to others. And what could be the best practice other than mentoring the school students to donate to a good cause?

Benefits of a Donation Box at School

Usually, all the school donations happen in a school donation box and remain there for a long time to gather more donations from students and their parents. There is nothing better than donating to a cause, but it would be nice to elaborate more on that to know what makes people like that thing and how it could be continued in the near future.

First, donation boxes teach kids to donate. That’s the ultimate reason to have a donation box at school. It reminds students that it is good to save money for a better cause. That could be something they realize it’s important for their daily lives, like donating to poor people or gathering money for common sports activities during the summer break.

Creates a Better Ambiance of Solidarity at School

Schools are not such peaceful places as they were in the past. That happens because modern kids have more exposure to various stimuli from the internet. They have a suppressing daily life that doesn’t give them many chances to interact with others. That’s why having a donation box at school is the perfect paradigm to show people why solidarity is the best thing to have and share in the schooling environment.

If you want a better ambience at school and to reinforce the interpersonal relations of the students and professors, it’s better to have a donation box. Of course, showing and declaring students the primary cause for donation is essential to let them understand why they should all stand together for that common cause and feel great!

Exploiting the donation money is better for all schools that have limited resources. It gives people an incentive to donate to the box frequently since these funds could help the daily school functioning and ensure the best practices happen there for their kids.

Increases the Social Awareness of The Community

Students and their families are not accustomed to the social awareness programs in the community. It’s the school authorities that could impose a donation box at school and spread the message that everyone could save and donate a part of their income for a better cause.

This social awareness of the community could be the best thing for all students because they will know that giving money is for their community interest. School should not only give knowledge to the younger members of the local society but also act as a social awareness lighthouse. That will reflect the future economy since people would be less reluctant to donate and even work for free to serve a common cause for the community.

It’s also good to know that schools have adopted a donation box seems to have children that are relieved from stress. It’s a fact that many psychologists concur to happen to such schools where the culture of donation and community work has been spreading among the students.

Stress can get eradicated when students feel like they are a team. That reduced stress is a lot better when the students decide to donate either with their personal funds or by devoting some of their personal time to a better cause. Children who have less stress would be more responsible citizens and will have fewer social adaptation problems when they become totally functional adults.

Here you have some of the most frequently asked questions about the donation boxes that act as social paradigms in many schools around the world.

Some people believe that donation boxes and especially people who frequently donate could enjoy higher admission rates to schools. That is not possible to happen since all donations are anonymous, and there is no chance to match a donator to the exact monetary donation they give.
In other words, there is no need to donate to get admitted to a private school since that could be seen as an act of bribery and corruption.

Advertisement
Why Donating at School Makes You Feel Better?

Indeed donation makes people feel better because they feel part of a greater team and reduces their stress as mentioned before. Donation boxes make people come together and talk. That’s the best benefit of these donation boxes. Not to mention, that as soon as the donation boxes are full, it’s the perfect time for celebration.
Parties to celebrate the donation would be held in the school and that makes students and parents come closer. It’s a win-win situation for students, professors, and the local community since they can all know each other better and then cooperate to keep the social peace active.

How to Set Up A School Donation Box?

There are many ways to set up a donation box at school. You may actually put a real box at the entrance of the premises. Some other schools create online donation sites to ensure that there are no physical money involved. That could limit the ability of younger kids to participate, but it increases the transparency when it comes to using the donation funds.
Donation boxes are great no matter their nature. It’s always better to show schools that they deserve more from their students and ensure that the environment would be a lot more appealing for all the stakeholders.

Related Topics:Donation Box at School
Up Next

How To Start Your Career Afresh After An Accident-Related Disability 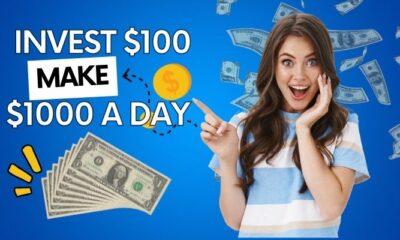 Are you looking for the most effective and most secure ways for investing $100? Like many do you wish to invest $100... 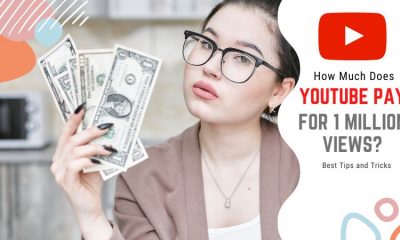 Today we live in the era of the image. That means people, especially the younger generations, don’t like to read.... 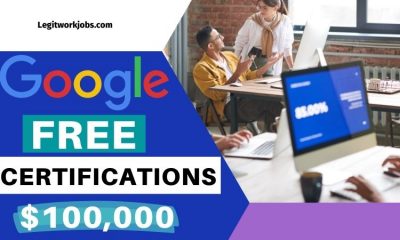 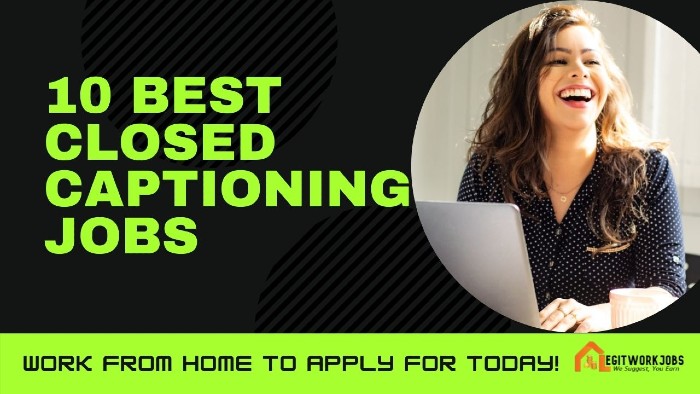